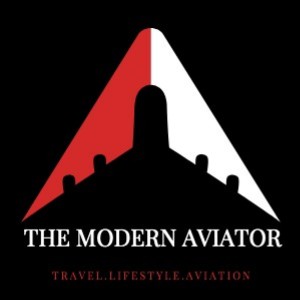 Everything You Need to Know about the “Black Box”

A black box is a device that allows investigators to look back at the circumstances surrounding an aircraft crash. Many innovations have been implemented thanks to data read from black boxes, to both aircraft design and crew training. As you may have already noticed, the black box isn’t actually black at all. It has a bright orange color known as International Orange (the same colour as the Golden Gate Bridge). The reason for making the black box this orange color is for the purpose of finding it!

Incorporating black boxes into airplanes dates back to the 1950s, when the first commercial jet (the de Havilland Comet) met 5 accidents within the course of 2 years of passenger service. The causes of these crashes were essentially mysteries due to a lack of information. Investigators urged on the necessity of having a system that could record the activities of the aircraft before its crash. Based on the recorded data, the causes of the accident could be found. Then recommendations could be made to enhance the technology, engineering and crew training standards.

The Cockpit Voice Recorder (CVR) stores, well… voice recordings. This includes captain and first officer intercommunication, air traffic control (ATC) conversations, communication with cabin crew and announcements to the passengers. It also includes alarms, warnings, and any other ambient sounds in the cockpit. These all contribute to the story of what exactly happened leading up to the accident. Several microphones in the cockpit do the recording, but the CVR is actually located in the tail section of the aircraft. This is where the least damage is likely to occur in a wreckage. In a modern-day airliner they will typically store the last two hours of audio.

The Flight Data Recorder (FDR) stores aircraft maneuvering inputs and commands given by pilots, and the motion and behavior of the aircraft resulting from these commands. It is now mandatory to measure a minimum of 88 different parameters, but with updates to technology, FDRs are often recording many more. Thanks to these different parameters, investigators can tell exactly how the aircraft was performing at a specific moment. When this data and information is compiled and played alongside cockpit voice recordings, a true picture of the happenings starts to appear.

How can black boxes withstand something as violent as an aircraft accident? Well generally they can’t. The majority of these devices are destroyed in the wreckage. The Crash Survivable Memory Unit (CSMU) will survive, however, with near certainty. This is where the data from the FDR and CVR is stored, and is therefore the most important piece to find. It’s the only component that needs to be essentially indestructible.

Black box memory boards are kept secure by the CSMU in steel and titanium cases that are rigorously tested. These cases can withstand an impact with the ground at 750kph (466mph), or the equivalent of 3,400 G’s. They can also burn at 1,100 degrees celsius for a minimum of 60 minutes, and survive 20,000 ft underwater for over 30 days. All this while still emitting ultrasonic signals every single second. This is accomplished via the Underwater Locator Beacon and the signal is picked up by locating equipment in order to find the black box. The data is then brought back to a laboratory for analysis.

Designing and developing such sophisticated systems requires years of research and millions of dollars of investments. Although the present technology used in black boxes is state of the art, incidents like the Malaysian Airlines flight MH370 disappearance demand black box manufacturers and designers come up with more technologically sound systems than the current ones. Still, the black box is often the sole survivor of accidents and has played a pivotal role in aircraft safety, engineering innovation, and crew training.

Read more of our aviation posts here. Leave a comment below if there is a topic you would like us to cover in the future.

Stay up to date with our latest posts